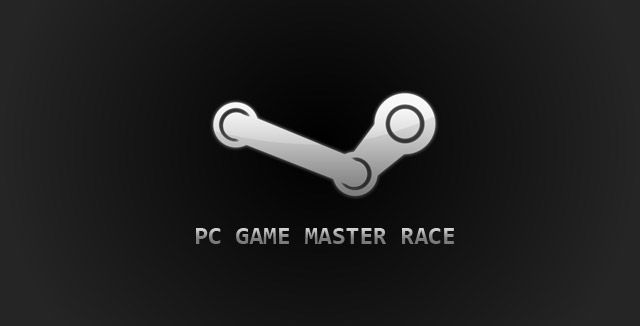 As Christmas approaches and I become seasonally smitten with the idea of some nostalgia-fueled gaming goodness, this year I find myself extraordinarily well outfitted for the task. With more Xbox 360 games than I’d have time to finish even if I had a vacation lasting an entire year, there’s certainly no shortage of console games to sit down and play in front of either of my two large-screen TVs. So, naturally, it should come as no surprise that instead of doing that, I’m sitting in front of a 20″ monitor playing PC games.

What the heck happened?

Well, to be frank, Diablo III happened. I’ve got a friend at work who started telling me all about this game when we went out to grab some lunch one day. Despite being a PC gamer from way back, I never played the first two Diablos, mostly because back then I was a shooter snob and I didn’t care that much for the medieval fantasy genre. But hearing from my friend about how great Diablo III was made me curious. I had dabbled in Star Trek Online (see my impressions of it), but I hate MMOs and can’t stand the hollow experiences that most of them become when you try to play them solo (which is my preferred method of gaming). Diablo is fairly online-centric but is emphatically not an MMO, my friend said, and best of all it carries no MMO-style monthly fee. Hmmm. Promising.

I resolved to check it out, but never got around to it. I think that if I had known about Diablo III Starter Edition, which basically amounts to a free trial of the game, I would have. But I didn’t, so the most that happened was I put the full game on my Amazon wish list and left it at that. Come Christmas time, my friends from back home in Michigan sent me the traditional goodie box filled with stuff from that very wish list, and lo and behold, Diablo III was among the spoils.

Since I installed it, I’m happy (sorry?) to say that I’ve been hooked. Despite all the bitching from seasoned Diablo veterans about how the third game changes so many things for the worse, I’m seriously loving it. So far I’ve started a Monk and a Wizard and leveled each to Level 10 just to see how differently the characters play. On top of that, the game actually ran fairly well on my six-year-old PC with a video card that’s four generations out of date. That’s fairly impressive.

From there, things began to spiral out of control. I purchased Faster Than Light, an incredibly nifty little sci-fi resource management game for the PC (see my review here) and stayed up way past my bedtime playing it for several nights while my Xbox copy of Borderlands 2 wondered where I had gone. Then, after learning that there was a new patch available for System Shock 2 that adds 32-bit color and widescreen support, I reinstalled that perennial classic and stacked it full of every upgrade mod available, including that new patch, the Rebirth mod, the high-res texture packs and all of Technicool’s high-res weapon mods. Good ol’ Shock 2 runs like a dream, natively, on Windows 8, and looks better than ever.

Then there was no end to my PC gaming insanity, as I dug through hard drives and install folders looking for games I hadn’t played in years or never even started due to my lateral move to the console gaming arena. Despite this seemingly new-found nirvana, there was a serious problem: my computer screamed at me every time I played a game on it. Specifically, the video card screamed. It’s a BFG GeForce 8800 GT, and it has issues with fan noise that it really needs to see a therapist about. If so much as a game menu appears on my monitor, I hear that card’s fan start ramping up, and before long it’s shrieking like a demented cross between a vacuum cleaner and an enraged banshee. Given that our son Connor’s bedroom is right next door to my office — in fact, his crib is on the wall directly opposite my PC tower — the noise started to become an, um, “security risk”. Especially given that the only time I’m ever likely to be playing games is when Connor’s asleep.

So I solved that problem by purchasing an XFX Ultra Overclocked Edition Radeon HD 7770. Yeah.

Not only was I seriously getting back into PC games, but now I was buying ATI video cards again. (Yeah, they carry AMD’s label since the acquisition, but we all know it’s ATI’s tech under that hood.) I haven’t stocked my rig with an ATI card since the Radeon 9800 Pro back in 2003, and while that card was the best video gaming hardware you could buy in those days, the drivers sucked so intensely that I defected back to Nvidia on my next upgrade and never went back.

Unlike those days, the modern Radeons seem to have pretty decent drivers. Not as solid as Nvidia’s, perhaps, and certainly not instilling of the same confidence, but I’ve had not a single problem with the 7770 since I installed it. In fact, now I can actually play System Shock 2 without disabling my second and third monitors! (On my 8800 GT, the game would launch stuck in the minimized state if more than one monitor was active.) Best of all, the card is whisper-quiet whenever I’m playing anything. Although it has the capacity to get a little loud when the fan runs at 100%, so far nothing I’ve thrown at it (even Diablo III) has pushed it hard enough to incite it to ramp up to more than 20%. Blissful silence.

And despite the age of my computer’s other components, the new 7770 gives me a significant boost in gaming performance. I was able to switch all settings to High (except shadows) in Diablo III and even enable anti-aliasing with very minimal stutter in only a few circumstances. I suspect that a highly CPU-dependent game such as Skyrim would fare far worse on my old Core 2 Duo E6600, but otherwise, everything I play seems to have benefited from a huge leap in performance. To be honest, though, I’m more happy about the lack of noise. Seriously.

So now I find myself thinking that I might spend at least some of the $100 Christmas bonus that I received at work last week on PC games during Valve’s neverending Steam sales. For a start, I find myself really tempted by this weekend’s deal on Crysis, despite the fact that I’ve played the demo on two separate occasions and just didn’t really care for it. But then, I can say the same about several other games that I eventually learned to enjoy. Even so, I think I’ve got plenty else to occupy my time so I’m likely not going to bite, even for $5.

I’m not leaving the console gaming arena though, not by a long shot. Even though the Xbox 360 platform is extremely long in the tooth (it predates even this PC that I keep griping about the age of!), it’s got plenty to offer — and I’m still gung-ho about buying into the next-gen Xbox that’s expected to launch around this time next year. In fact, amongst the other goodies in this year’s Christmas box from my buddies up north are two Xbox games, which I still haven’t unwrapped. I’m saving them for the Friday before Christmas, at which point I hope to be staring down the barrel of a four-day weekend. No point in waiting to open new games until Christmas Day, immediately after which I’ll have to go back to work for the remainder of the week. No thanks!

Now if you’ll excuse me, I’m off to wake up my Diablo III wizard Xiaoyu and watch her electrocute the crap out of a swarm of skeleton warriors, who by the way will all explode like cherry bombs afterwards. Ta-ta.

Edit: I found the Crysis singleplayer demo installer from years ago. After discovering I can run the game on High settings and the video card still doesn’t make a peep, I bought into the $4.99 Steam sale on the full game. Why the hell not.