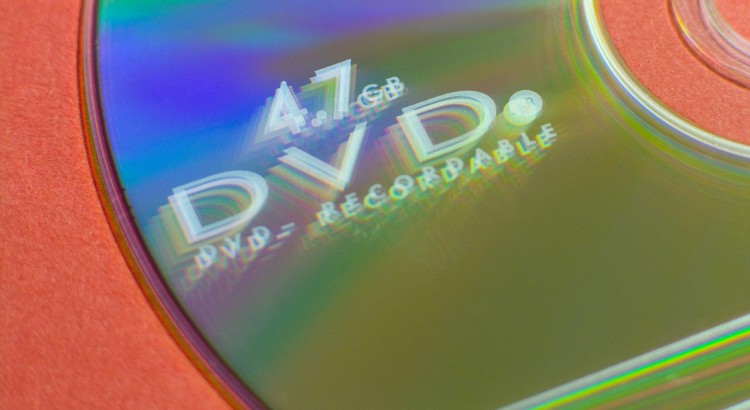 Yay! It’s pouring rain here in Florida for the first time in six months! Now perhaps we can finally stop smoldering, inhaling noxious smoke and — dare I say it — go back to washing our cars in our driveways without getting two-hundred dollar tickets. But that’s not the subject of today’s post. No; today’s post is about the struggle that ensued between man and machine (more like man and despotic racketeering lobby) in my living room yesterday evening.

Having given away or trashed all but one videocassette recorder (my coveted JVC HR-S5300U S-VHS deck), Apple and I recently decided that it was time for us to step into the world of set-top DVD recorders. Our TiVo’s ginormous hard drive is always chock full of movies, shows and suggested content that we occasionally find good enough to archive for future viewing, plus I wanted to give Apple a way to watch her downloaded Japanese and Korean AVI files without transcoding them to DVD video. So, I decided to pick out a DVD recorder that could do both: Permanently archive our TiVo recordings, and natively play DivX/XviD encoded AVI files burned onto a standard data disc.

This turned out to be a bigger challenge than I had anticipated — at least, on the budget I wanted to work with. While many DVD recorders can be found for $100 or even less these days, short of spending several hundred dollars more, there’s not much available with the aforementioned features. After a few hours of research, I narrowed it down to an Insignia unit (an LG rebrand sold exclusively at Best Buy) that would do everything I needed, all for $115. Seeing the local store had the unit in stock, I went to pick one up.

After spending a few minutes wandering around and looking for the thing, I found only a newer Insignia model, one that managed to cost $15 less but no longer supported DivX/XviD. Way to improve the product there, muchachos. After some more digging, I found the model I wanted — but it was an open-box item. Eeew. My last (and only) experience with open-box or refurb’ed electronic products was my Playstation 1 back in ’97. I traded in my entire life’s collection of classic videogame consoles for that thing, only to have it fry itself when I hooked up a second gamepad so a friend could play a round of Need For Speed III: Hot Pursuit with me.

Not wanting to give up that easily, I recalled a recent post by Pooch in which he managed to find the product he wanted at Best Buy only after asking a clerk to check the store’s inventory. So I asked a nearby sales guy if the store had any unopened units of the model I wanted. They didn’t. Neither did any other store in the area. Worse, the unit was discontinued and no more would be coming. It looked like it was either open-box or no box for me.

But then the salesman offered me a killer deal — $49, instead of the $115 retail price for the unit (which had already been discounted $20 or so). He also opened up the box and let me inspect the contents for unusual wear or damage, of which there was neither. So, since I could still return it within 30 days in case of trouble, I bought it. At least that’s better than the $129ish I spent on that ill-fated Playstation. I picked up an S-video cable to go with it and headed home.

That evening, I hooked up the DVD recorder. Everything seemed to be fine. The unit had apparently been set up once before, because the on-screen menu system had been switched to Spanish, and the geographic region code had been set to Mexico. (Mexico? WTF?) I reverted it all back to its Anglo-Saxon defaults and finished configuring the other settings. All righty! Ready to go! Next, I got a blank DVD+R disc (Verbatim, of course — only the best media here), popped it in and initialized it.

Now, what do we have on the TiVo that I could save down to disc? Well, there’s that airing of Howard The Duck from the Encore channel that I recorded last month, and have been saving on “Keep Until I Delete” mode just for this very occasion. Yes, I’m a freak — one of the few people who actually enjoyed (okay, more like loved) Howard The Duck back in 1986. I suppose that’s partially because I was six years old then. But it’s still a taste of campy fun even today, and since this much-ridiculed film was never released on DVD (George Lucas is probably too embarrassed by it), I decided I’d make my own copy. I activated TiVo’s “Save to VCR” feature and pressed the record button on my new box.

BZZZT! Sorry, no can do. The DVD recorder popped up with a message: “Copyrighted content. Cannot record.”

I was floored by this. Sure, I’d heard about this copyright protection — called CPRM — that can be transmitted secretly within the NTSC video format. Just about every set-top DVD recorder sold in North America conforms to this standard. But I had believed it to be something that only kicked in if you attempted to record from a premium channel, like HBO, or a pay-per-view broadcast. Cruddy old movies, I figured, wouldn’t be affected. Apparently I was wrong. Even the critically-panned, twenty-year old, mega flop Howard The Duck is protected from unauthorized dubbing.

Disgusted, and with my newly-christened DVD disc already spoiled, I decided to devote the rest of it to a test. I would see which programs on my TiVo’s hard drive could be recorded freely, and which could not. Here are the results of that experiment:

The irony? The Minimalist, that short cooking show I successfully recorded, is considered by the TiVo to be protected content that cannot be copied to a computer with their own TiVo Desktop software!

In the end, I was disturbed most by Fox and ABC’s decision to copy-protect popular, primetime shows like 24 and Housewives, shows that people watch religiously and would most likely want to record if they weren’t going to be at home. Since the set-top DVD recorder is billed as the replacement for the VCR, those without a TiVo or other DVR would most likely turn to their DVD recorder. But it looks like you’re shit outta luck if you aren’t going to be home when your favorite show’s on — you’ll have to watch live, or not at all!

The whole CPRM concept really just disgusts me. The way it works is, a secret digital message is sent along with a video stream — and yes, it even works through purely analog connections, like the old composite RCA. The secret message can be “Copy once,” “Copy always,” “Copy never” or “Copy already made.” This tells a CPRM-compliant device (like my Insignia DVD recorder) what it can and cannot do with the video that’s being passed to it.

Unlike the old VHS days, when you could record anything you could feed it (except a commercial VHS tape, whose Macrovision protection would produce a deliberately dark and unwatchable picture), it seems that now our “fair use” rights are being eroded through the introduction of this brand spanking new digital technology. Since the MPAA and other jerkoff organizations like them are getting upset because people are pirating content, not buying DVDs and not watching ads during live TV broadcasts anymore, and because they’ve not yet succeeded in getting the Fair Use Doctrine revoked, they’ve found their winning strategy of choice: Just make it so damn inconvenient for us to exercise our Fair Use rights that you have to be very determined (and in some cases, very rich) to actually do it.

What do I mean by rich? Here’s what. There is, of course, a solution to this CPRM protection. The solution comes in the form of a device that you pass your video signal through, on its way to your DVD recorder. This device either strips out the CPRM signal altogether, or it modifies it, replacing it instead with the message you choose. Through the latter method, you could intercept a video broadcast whose CPRM mode was set to “Copy never,” and change that message to “Copy always.” In other words, your DVD recorder would think it was allowed to record as many copies of that content as you wanted. But of course, these devices cost money.

The best such device out there, as far as I’m concerned, is the Zorrilla Video Filter. It’s a small, home-brew device that does exactly what I just described, and supports composite, component and S-video connections delivering either SD or HD signals. The only problem with this box is that it costs $169. That’s almost three and a half times more money than I spent on my DVD recorder itself. It could be argued that you’d be better off spending that money to buy legitimate DVD copies of the movies or shows you’d otherwise be recording off your TV. Yeah, but recording a copy of broadcast video for your own enjoyment is something the United States government ruled was already legal — something you could do with your VHS or Betamax VCR.

But times have apparently changed, and of course, the MPAA and their ilk have lost a lot of money and good will to their backward ways and pigheaded tactics. So now we have to deal with CPRM. And if you think this is the end, it’s not — it’s only the beginning. One of the reasons why there are so many critics of Microsoft’s new Windows Vista is because it relies so heavily on DRM — or Digital Rights Management, the computer world’s rough equivalent to CPRM. Soon, even the cables you use to connect your monitor to your PC, or your TV to your DVD player, will have to be “compliant” with anti-piracy standards — or your analog picture will be degraded to the point of worthlessness. They call this compliance “HDCP,” or High-bandwidth Digital Content Protection.

Yep, it’s a brave new digital world out there. And when I say “brave,” I mean “fascist.”

But I shouldn’t complain so — at least there are options out there. In fact, I’m already thinking of spending some of my upcoming project money on a Video Filter box. Because after all this, there’s still no way to buy a new copy of Howard The Duck on DVD — so I don’t feel sorry a’tall.

19 thoughts to “Set-Top DVD Recording: Not Your Father’s Fair Use Doctrine”