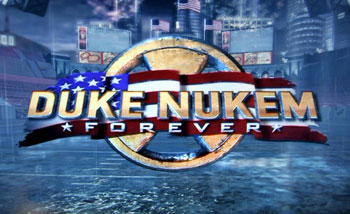 The unthinkable has finally happened. Duke Nukem Forever, 13 years in the making, butt-end of every “vaporware” joke on the Internet for at least the last eight of those 13, is really on its way. It was revealed, resurrected from the ashes of 3D Realms’ demise, this past Friday at the Penny Arcade Expo (PAX) in Seattle. Not only was it revealed, but a demo build was playable on the show floor.

This is real and we are not shitting you.

Some people saw this coming. Predicted it. Perhaps it was ex-3DR chief George Broussard’s cryptic Twitter post from a couple weeks ago, containing nothing but a picture of pigs flying. Maybe it was inspired by the recent rumors that Gearbox Software, makers of Borderlands, had stepped in to finish the abandoned Duke Nukem Forever. Come Friday morning, the hints were coming fast and furious: Jon St. John, voice of Duke Nukem, was giving a keynote at PAX. Randy Pitchford of Gearbox Software was wearing a real, 1996-vintage Duke Nukem 3D T-shirt. Broussard was tweeting things like “I wanna see two things today. #dukenukem trending and crashed servers.”

And then the photos showed up, and we knew it was real. Duke Nukem was back.

Many years past, it was George Broussard who famously said “Always bet on Duke.” Over the years, many people have scoffed at that remark. But yesterday, he was proven right.

In a flash, that sixteen-year-old part of me — the part that stayed up late at night in late 1995 and ’96 talking with Broussard, Richard Gray and Joe Siegler on CompuServe, the part that salivated over every detail of every screenshot of Duke Nukem 3D before that game’s release way back then — was resurrected from a deep, deep slumber. Granted, some part of that nerdy kid in me is always hiding just below the surface, waiting to wig out over something geeky on TV, or a new video game, or something that reminds me of the tech, toys and media that I loved during my childhood. But the real hardcore nerdy kid, the one that examined every pixel in screenshots and obsessed over upcoming Apogee and 3D Realms games day in and day out without missing a beat, that kid has been very firmly subdued for a great number of years. I even thought he was dead, after 3D Realms ceased operations in 2009 and work on the long-awaited Duke Nukem Forever was officially brought to an end.

But he’s not dead, any more than DNF actually was. Kotaku has the amazing account of how the game was salvaged, kept alive and even cobbled together in apartments belonging to former 3DR developers, led by longtime 3DR veteran (and co-creator of Duke Nukem) Allen Blum. These men, much like the hardcore geek side of me that I mentioned above, refused to let the dream die. Their dedication was noticed by Randy Pitchford, President and CEO of Gearbox Software, and a man who worked at 3D Realms during development of Duke Nukem 3D in the mid-’90s. He and George Broussard got together, and the result of their negotiations is the triumphant return of the game so many of us geeks have been waiting for literally for half of our lives.

There’s still lots that we don’t know about Duke Nukem Forever. We do know that it’s scheduled for release sometime in 2011 and that Gearbox is currently in the “polish phase” of development on it. We know that it’s coming to PCs, Xbox 360s and PlayStation 3s, and it’s got the classic Duke3D formula: fast-paced action, over-the-top weapons (including most of our favorites from the last game, like the shotgun, Devastator and shrink ray), plenty of raunchy humor and lots of alien ass to kick. We know that there’s going to be a competitive multiplayer mode. And of course, we know that it’s got Jon St. John as the voice of Duke Nukem. How could you have a Duke Nukem game without him?

We don’t know how the game’s going to look, feel or sound when it finally hits shelves next year — though the playable demo at PAX gives us a good starting point — and there are some gameplay changes from Duke3D that may really rankle some oldschool Duke fans, like an apparent limit on carrying only two weapons at a time [!!!]. There are, however, dedicated buttons for tossing pipebombs and sticking trip mines, which not only brings the simultaneous weapon loadout to four (since those were, after all, separate weapons in Duke3D) but also confirms that both explosives will be in DNF.

The biggest question mark of all, perhaps, is whether Duke Nukem Forever will actually live up to the ungodly amounts of hype that have been building exponentially for the last baker’s dozen years. Some would say that’s impossible. And frankly, maybe it is. What game could survive 13 years of hype? Especially a game with such a checkered development history, full of engine changes, runaway costs and epic scope creep? How could it be anything other than a cobbled-together mess? Truth be told, I won’t know how DNF will look or feel until it’s in my hands.

No matter what, there are going to be people who will crap all over this game. Let’s get that straight right here and now. It’s a cosmic joke, folks. There are people playing video games today who were not even born when I first put the Duke Nukem 3D CD-ROM in my 486’s quad-speed drive. Most of them have already played prettier, deeper, raunchier, more adventurous and funnier games than Duke3D, and they’re not going to see the allure. Others are just pissed that they won’t have their favorite meme to kick around anymore once DNF finally arrives. But the thing that DNF will take the most hits for, I’m sure, is for looking and feeling dated. Although its graphics certainly look competent, the impression of many who have played the PAX demo is that it has unimpressive textures and colors and even looks “blurry” to some degree. I doubt it can stand up to the visual bar set by games like Crysis or even the most recent Call of Duty shooters that everyone’s playing.

I’m going on record right now as saying that the visuals aren’t going to bother me. Why? Because I’ll be comparing them to Duke Nukem 3D, a contest that DNF cannot possibly lose. Duke3D was the last gasp of the “2.5D” raycasting engines pioneered by games like Wolfenstein 3-D and Doom in the early 1990s. It ran head-to-head with Quake, id Software’s groundbreaking full-3D shooter, and there was quite an Internet flamewar being waged over who the winner was. (Evidence of this can even be found within Duke3D itself, where in the level “L.A. Rumble,” Duke wisecracks “I ain’t afraid of no quake!”) Despite using backwards technology, however, I felt that Duke3D took the prize as a game.

Duke3D brought us the same “kill ’em all” formula made popular by Wolfenstein and Doom, but injected real personality and humor along with then-unprecedented levels of interactivity, polish and graphic detail. The fact that it did it with the same raycasted, sprite-based graphics we’d been used to for awhile was proof to me that graphics don’t tell the whole story about whether a game is fun or not. As further evidence, I just spent three hours last night playing Duke3D online with my high school buds. The game looks like hell today. It’s still as fun a multiplayer experience as I’ve ever had.

Which is why I’m sure that when Duke Nukem Forever finally lands, it won’t be the greatest thing we’ve ever seen, but that doesn’t say anything about how much fun it will be. If the former 3DR crew and Gearbox staff somehow manage to cobble together that same winning formula that made Duke3D famous, nothing else will matter.

One thing is for certain: From the beginning of the DNF legacy until now, it’s been a ridiculously long and hard road. On the day in 1997 when I stopped by Egghead Software and picked up the issue of PC Gamer on which DNF was the cover story, I was seventeen years old, a high school student with no job, no girlfriend and a Pontiac Grand Prix that shuttled myself and my three best friends from point to point every weekend. Today, I’m thirty, ten years married to a beautiful woman, a college graduate, a homeowner, a professional graphic designer and owner of a Pontiac GTO that, in a way, seems almost like the evolution of that long-lost Grand Prix. Ask almost anyone waiting in line to try Duke Nukem Forever at PAX this weekend, and you’ll hear practically the same story. The difference between DNF’s announcement and its upcoming delivery can almost be measured in epochs.

In my post last year about the shutdown of 3D Realms, I remarked that what I would miss most about them was the modern-day link back to one of my happiest memories of the ’90s. It was comforting, somehow, to know that they were still in their Garland, TX studios working on a game that none of us ever thought they’d finish, but that somehow kept us tethered to fond recollections of our more carefree days. Although 3D Realms may be gone, Gearbox is doing one better: it’s taking those memories, wrapping a finished product around them and serving us a golden nugget of nostalgia-fueled awesome on a shiny optical disc. Whether that product is the best thing we’ve ever played or just a generic shooter, in the end, I think they deserve our thanks for the effort. Because in the modern world, when “throwing away the old” and “letting go of past pleasures” is de rigueur, it’s nice to have someone tell you that it’s still OK to love what came before — and pay homage to it.

And now, we play the waiting game, waiting for the arrival of Duke Nukem Forever…though this time with one very important difference: its arrival is a short term guarantee. In the interim, there will be tons of screenshots to dissect pixel-by-pixel, endless news and rumor to follow, and plenty to get excited about — no shortage of ways to pass the time.

Tomorrow, my high school friends and I are going to play another few rounds of competitive Duke Nukem 3D. That may be the best way of all.

One thought to “Always Bet On Duke.”