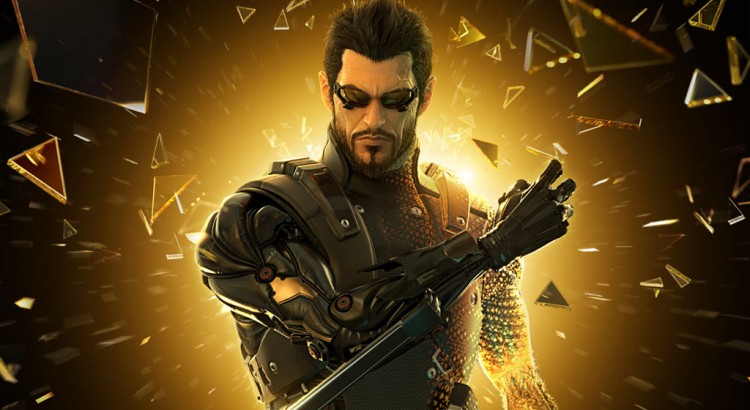 Although I am an avid video gamer, there are two things I rarely do: 1) finish a game, and 2) start a second playthrough of a game (and never one that I have just finished). Two weeks ago, I did both. The game in question is Deus Ex: Human Revolution.

Forgive me, for I may be about to gush. I absolutely adored this game. Deus Ex is perhaps the most memorable game that I have played on this generation of consoles. Although there are many games vying for that title, in particular any of the Mass Effect series, I think I may have found a definitive winner in Deus Ex.

Deus Ex: Human Revolution is in actuality Deus Ex 3, the third game in a series that began on PCs way back in 2000. In terms of the narrative, it serves as a prequel that takes place before either of the first two installments. Admittedly, it is neither as deep nor awesome in scale as the original game seemed, but in my opinion it comes very close and is, in fact, even more thought-provoking on a social level.

Set in a not-too distanct future between our present day and the original Deus Ex game, the story revolves around the concept of biomechanical human augmentation. With advances in technology making it possible for us to improve ourselves in nearly every physiological regard — mechanical limbs, enhanced vision, etc. — society finds itself in the ultimate war between the haves and the have-nots. In addition, those humans who choose to become augmented are stuck taking anti-rejection medication called Neuropozine for the rest of their lives, adding a layer of complexity to the social equation. Are you really so blessed if you’re a slave to a pharmaceutical lifeline?

As usual for a Deus Ex game, the plot is nowhere near that simple, and it isn’t long before layers of conspiracy theories and Illuminati world-domination schemes start to creep to the fore. You, playing the role of the hyper-augmented superhuman Adam Jensen, are tasked at first with a seemingly benign assignment which quickly turns into a question of how deep the rabbit hole goes. There’s even one particular moment where you are rewarded handily for displaying a healthy sense of paranoia earlier in the game; the look on your opponent’s face when she realizes you didn’t fall for the ruse is priceless.

For all that, the plot isn’t really charting any territory that a typical political thriller hasn’t already covered, and never quite reaches the level of intrigue that the original Deus Ex did (the endgame revelation about Hugh Darrow’s motivations was less shocking to me than I imagine it was meant to be). Nevertheless, the adventure is an exciting and memorable ride throughout.

What really has me so taken with Human Revolution is its presentation. Be more specific? I really can’t, because literally everything about the presentation, from the sounds to the graphics and the UI to the thematic use of color are all completely brilliant. This is one of the very few games that I’ve seen use the color yellow in a sophisticated and classy way without stooping to gaudiness. In fact, the developers have really woven the color into the very fabric of the game, creating a real theme around it in both the user interface and the game world. And yet, it never seems cartoony or unrealistic.

Speaking of realism, I was again quite taken with this game’s visual presentation. Characters move in a smooth and lifelike way and their voice acting is pretty good (well, a lot better than the first Deus Ex at least — especially the Chinese accents), weapon animation is superb, but more than anything else, the game world is so intensely detailed that I was completely immersed at nearly all times. Level design is also quite good, with the exception of some early parts of Panchaea (the final mission) which I thought had badly-designed lighting. All of it is combined with just enough near-futurism to make the style believable. It’s a game world that I want to live in and experience again.

It helps that Human Revolution is near and dear to me in two ways, just by virtue of what it is. It plays directly to my hyperactive nostalgia gland by being a direct prequel to one of my favorite PC games of all time. Additionally, a good portion of the game is set in Detroit, the city whose shadow I grew up in, and the game world is thus filled with fun and familiar references. (Hey, there’s a sign for Grand River Road! Hey, there’s a reference to Mexicantown!)

This level of immersion continues with the audio side of the presentation, as you’ll be beset by top-notch foley, weapon and even UI sounds, well-done voiceover (for the most part), and one of the most stunning soundtracks that I’ve ever heard in a modern-day videogame. Seriously, composer Michael McCann’s musical score for Deus Ex is so fantastic that it is worth listening to standalone. It has a modern-futurist electronic style with uniquely recognizable themes, and some of the greatest electronic ostinatos since Stu Phillips penned the theme for Knight Rider. And even here my nostalgia is tickled, for McCann reprises some of the most memorable themes from the original Deus Ex, including my absolute favorite classic tune, “UNATCO”. Listen to these samples, one of “UNATCO” from the original Deus Ex, and the other of the reimagined version from Human Revolution, to see how the theme has been skillfully updated.

I’d also like to specifically single out Human Revolution’s inventory system, because I feel it is the absolute pinnacle for item management on a game console. This game proves that you can have a PC-style, grid-based item management system on a console, and do it in an accessible way that is still fairly easy to manage with a controller. The fact that the game automatically rearranges, rotates and moves items in your inventory to make room for new stuff is the key to making it work without having a mouse handy. Compared to Skyrim’s terrible inventory system — although granted, Skyrim has a lot more items in its world — Deus Ex just plain walks away with the prize.

The game isn’t really a role-playing game, despite its RPG-style inventory system. While you do get to make choices about how to upgrade your character’s augmentations, I found that I always had enough Praxis Points to upgrade everything I wished. Note that this does not translate to everything, period. But if you’re choosing to play as a stealthy character, or going for the Pacifist achievement, you’re not really going to have much use for the Typhoon Explosive System, are you? Likewise, if you like to shoot your way through situations, the stealth augs aren’t as valuable. Just know that if you do all the side missions and buy all the Praxis kits at LIMB clinics, you’ll have all the augmentations you’ll ever need.

As for the augs themselves, many of them are really quite fun to play with. There’s a whole suite of hacking upgrades that I found invaluable; stealth upgrades that allow you to see through walls and monitor how much noise you’re making; leg augmentations that let you fall safely from any height or run silently. My favorite was the CASIE mod, a “social enhancer” that analyzes the personality of the person you’re speaking with and offers hints on how to manipulate them. It can also emit pheromones to help you convince those people to do your bidding, but only succeeds if you can correctly identify their personality type. I particularly liked how certain game characters were aware of it; one woman said to me, “Don’t you dare use that CASIE mod on me, Jensen.” (Oops, too late.) Another guy had been augmented to the point where the CASIE mod simply didn’t work on him, and he said so laughingly when I used it, making me look like a buffoon. I love this kind of stuff.

Speaking of stealth, the gameplay mechanics are another great part about Human Revolution. It is a perfect mix of Metal Gear style stealth, Mass Effect interactive story and modern FPS shooting. The game lets you play as stealthily as you like, which might mean “not at all” if you want to go in guns blazing (though you will get significantly more points for imitating Solid Snake). Stealth, which is often frustrating in more punishing games including the Metal Gear series, felt very accessible while still offering a challenge; it’s “just right”, in the words of Goldilocks. I enjoyed sneaking about so much, I want to go back and earn the “Foxiest of the Hounds” achievement (which you get for completing the game without setting off a single alarm).

Besides just the main game, there’s also a hacking minigame that will come between you and various locked doors and computers scattered throughout the world. Unlike the original Deus Ex, where hacking was simply an intrusion time limit that lengthened as you raised your hacking skill, Human Revolution interposes a full-fledged “virtual filesystem” where you interactively capture, fortify and infiltrate various nodes on the network. Make too many risky moves and the system’s counter-intrusion software begins tracing your path, simultaneously fortifying nodes and slowing your hack attempts. Fail, and you don’t gain access to the system. Fail too many times, and the system locks down and alarms go off, summoning guards to your position. Both nerve-wracking and fun, this is in my opinion the best hacking minigame ever conceived.

Aside from a couple of minor enhancement packs, there is one major piece of downloadable content for Deus Ex: Human Revolution: an entirely new add-on mission entitled “The Missing Link”. Set between two of the game’s latter chapters, it fills in about three days of missing time during which you previously thought Adam Jensen was asleep in a stasis pod, having stowed away on a cargo ship operated by an enemy organization.

“The Missing Link” details how the sleeping Jensen was actually discovered by enemy guards, revived, tortured — and then allowed to escape by a double agent. At that point you take control and begin to unravel the mission’s own complex conspiracy-espionage plot, which ties into the main game while also serving as its own arc. It’s six chapters long (for reference, the main game has 15 chapters) and will take you a goodly number of hours to finish, which I found extremely satisfying. I played it in the correct chronological sequence before finishing the main game, and found that it really enhanced the main plot — in fact, the story of “The Missing Link” has direct bearing on the ending of the main game. I highly recommend that you pick this up for the full experience.

I’m already playing through Human Revolution a second time, looking to pick up the achievements I missed the first time around. I’m using the hardest difficulty setting, selecting only non-lethal takedowns and weaponry, looking for all the eBooks, and so on. With so many unfinished games in my backlog, it’s nearly inconceivable that I would choose to spend my limited gaming hours replaying a game that I just finished. That simply speaks to how profoundly I was affected by Deus Ex and how much fun I had with it. I didn’t want it to end, so I’m not going to let it.