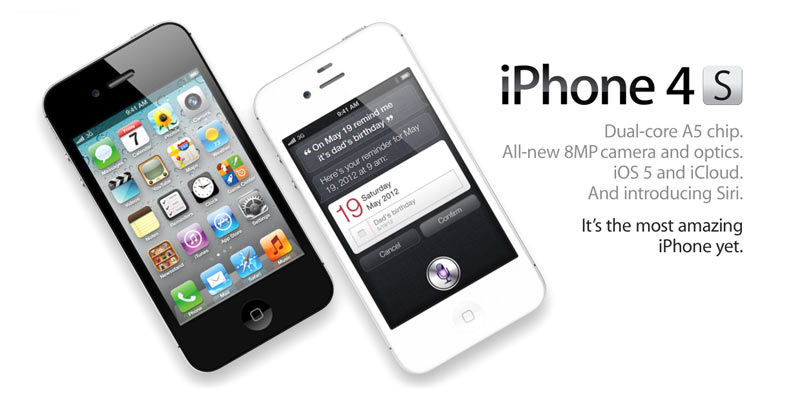 It was March of 2008 when I first became a member of the card-carrying, fruit-badged iPhone intelligentsia. Prior to that moment, I was still clinging to my Motorola Razr V9M, a phone that looked like it had been carved from a solid wedge of obsidian, refusing to get on the goofy “candy bar” bandwagon. “Phones that look like candy bars…how dumb! What a waste of space! Who would carry one of those bulky, unwieldy things?”

Then the iPhone arrived, and I was smitten. Technically yes, it was a candy bar form factor, but it was also completely awesome and looked like some kind of space-age device that you’d see Geordi La Forge walking around with in engineering. The $600 price tag was a bit of a problem, though, so I grudgingly tried to ignore it while everybody and their uncle bought one. Luckily, though, I didn’t have long to brood: a fortuitously-timed web design project in February netted me the exact amount of cash needed for the just-introduced 16 GB iPhone, I promptly scooped one up, and the rest is history.

I’ve been an iPhone user ever since, even as the mobile market has exploded around me with competing devices running everything from Android to Windows Phone 7. There’s more of a “spec race” now in cell phones than in computers — when I read all the hoopla on a daily basis about the next hot phone that’s about to drop, it reminds me of 1995 when I salivated over upcoming Intel chipsets and new-generation Pentium processors, wondering which configuration would give me the highest number of frames per second in games like Duke 3D and Quake. Back then I started getting antsy to upgrade my computer every couple of years — exactly as often as I upgrade my phone today. By contrast, my desktop computer turns five years old this month and I’m not feeling especially compelled to replace it. How times change.

I happen to like the “ecosystem” that Apple has created with iOS, iTunes, iCloud and iWhateverElse. This, too, is almost comical to me because I spent the greater part of the 1990s lambasting Apple precisely because of their limited, walled-garden, “we-know-best” approach. But unlike traditional computers, where I demand the freedom to tinker, configure and arrange things exactly as I want them, I just want my phone to work. I want it to do a metric ton of stuff, but I don’t want to worry about any problems along the way. Everything that it does should be part of its overall design, and should function reliably and without question.

While this describes the iPhone perfectly and always has, the mobile landscape is significantly different now as compared to 2008. There are dozens of alternatives to the iPhone, touting 4.6″ 720p screens, dual-core processors, LTE, expandable storage, near-field communication capability, HDMI out and God knows what else. The fifteen-year-old in me who obsessed so completely over his new 200 MHz Pentium Pro desktop in the 1990s would have absolutely lapped it up, and I should have been mightily tempted to jump ship this week when Apple announced the iPhone 4S, which is — on the outside — little more than an iterative update to its previous model. A fairly risky and complacent strategy in the face of such fervent competition, to say the least.

And I’d be lying if I said I wasn’t tempted myself, however briefly.

I’ve been carrying an iPhone 3GS for 27 months. When the iPhone 4 was released in the summer of 2010, I almost sold my 3GS and upgraded early — but then Antennagate struck, and I decided to wait another year. This summer, the typical iPhone release date came and went. Off-contract for months, I started to wonder what the heck was going on. Meanwhile, you can’t turn around without seeing another commercial for yet another Android handset, all of which are sporting huge screens and bleeding-edge features like 3D video recording (really?) of sometimes dubious value. I work for a Microsoft development studio, and at my office Windows Phone 7 is all the rage, with my bosses each carrying around a Samsung Focus. After 16 months, I guess most of us Apple users expected something really amazing from the new iPhone.

The iPhone 4S, by contrast, isn’t really amazing. It is on the outside, after all, the same phone that Apple released in June of 2010 — nearly an eon ago by today’s standards, when you consider the pace at which the mobile marketplace evolves. At first (and even now), there was a lot of disappointment. Most iPhone 4 owners loudly proclaimed that there was no point in upgrading to the 4S, and bitched about how they were going to defect to Android instead.

In a way, though, I’m perfectly satisfied. I buy new phones on two-year contracts, meaning that technically I shouldn’t expect to replace my device every year — and I’m too frugal to do so without a carrier subsidy. As such, Apple’s Intel-like “tick/tock” release cycle fits my bill perfectly. Release a huge upgrade one year (“tick”), and an incremental refinement upgrade the next (“tock”). Depending on which cycle you’re in, you’re either going to get the hot new phone and put up with its issues, or you’re going to get that phone a year later with better and faster internals, more options, and all of the kinks already worked out. As you can probably tell by the dusty and dented iPhone 3GS in my hand, I’m a denizen of the latter. In reality, it suits me.

To be honest, I did take a Samsung Galaxy S II for a test drive last weekend. And I was rather smitten with the large display, though not its resolution. I enjoyed the thought of shooting 1080p video on a phone, but not the device’s stubborn delay in refocusing mid-shot. And while the ability to install, tweak or reconfigure just about every part of the Android OS — even the virtual keyboard provider! — is pretty sweet, the fact that I can’t even reliably type on the phone using the stock keyboard gives me great pause.

I even checked out a full raft of upcoming Android and Windows Phone 7 handsets, but all had problems: They were either exclusive to a carrier I don’t want to switch to, or the camera didn’t shoot video at sufficient resolution, or the screen didn’t have high enough pixel density, or it was too big, or whatever.

“Why don’t you just get an iPhone 4S?” I finally had to ask. And then admitted to myself that it was what I really wanted all along.

Now, I’m not one of those blind Apple fanboys — far from it. I have no interest whatever in using an Apple desktop computer, I’m not going to try to tell you that Android is crap (it isn’t) or that the iPhone has absolutely everything that anyone could ever want (it doesn’t). But the iPhone, in particular the 4S, is perfect for me. And coming from a 3GS that I’ve had for almost two and a half years, I will be quite happy to upgrade. Pre-orders for the iPhone 4S open tonight at 2 a.m. Central, and I’ve got an alarm set to wake me for the occasion.

Yesterday evening, the news broke that Steve Jobs, co-founder of Apple, had passed away. It was sadly not much of a surprise, given the battle with pancreatic cancer that he had waged for going on eight years. But it does bring one very important chapter in Apple’s history — and indeed, in computing history — to a close. I’m happy to have been a part of it, in one small way.

If things stay on track, I’ll have a full review of the iPhone 4S (as well as sample stills and video from its redesigned camera) here on Oddball Update next weekend.