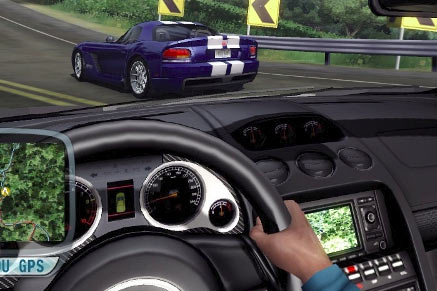 Observations, annoyances, etc., from the past few days of driving around Oahu in Test Drive: Unlimited (followed by some other unrelated ramblings):

I also decided to attempt the “Millionaire’s Race”, or whatever it’s called — it’s a time trial race that pretty much takes you around the entirety of Oahu. If you complete the circuit in under 60 minutes (yes, an hour), you win 1.5 meellion dollars. Despite doing my best to completely screw up (crashing into cars, getting ticketed no less than three times by the cops), I ended up finishing the race in just over 61 minutes. Still, I won $250,000 for having the second best time, which ain’t bad. Of course, I want to win that $1.5 million — I’ll just have to steel myself for another hour-long race. Yay.

Lastly, because I apparently have to mention Puffy in EVERY. SINGLE. POST. I make, check out the music video for their upcoming single, “Hazumu Rhythm”, due to be released next week in Japan. Actually, this particular single is credited to “PUFFY x Tokyo Ska Paradise Orchestra” (hence the giant backing band in the video); perhaps interestingly, the horn section of the Tokyo Ska Paradise Orchestra has already played on a Puffy song before (that being “Boogie-Woogie No. 5”). This song was done to celebrate 100 years of Lipton brand tea, which Puffy helps promote (hence, the garish red and yellow backdrop in the video), so check it out if you are so inclined.

10 thoughts to “5ive Gears In Reverse”